That was an experiment made by the English Coffee team and myself. The idea was to create an interactive quizz using a website I’ve created for it, and each team would just log on the website and answer questions when we launch them. Theorically.

We were about 30 mates, split into 7 teams. Most of them didn’t have network reception…

At the Penny Black, wifi was awful, and sharing 3G from my phone created more issues than expected! Even though I could fix some bugs, we improvized, using traditional answering methods and video-projector to display pictures. I was a bit sad, but first times always fail, as we say! 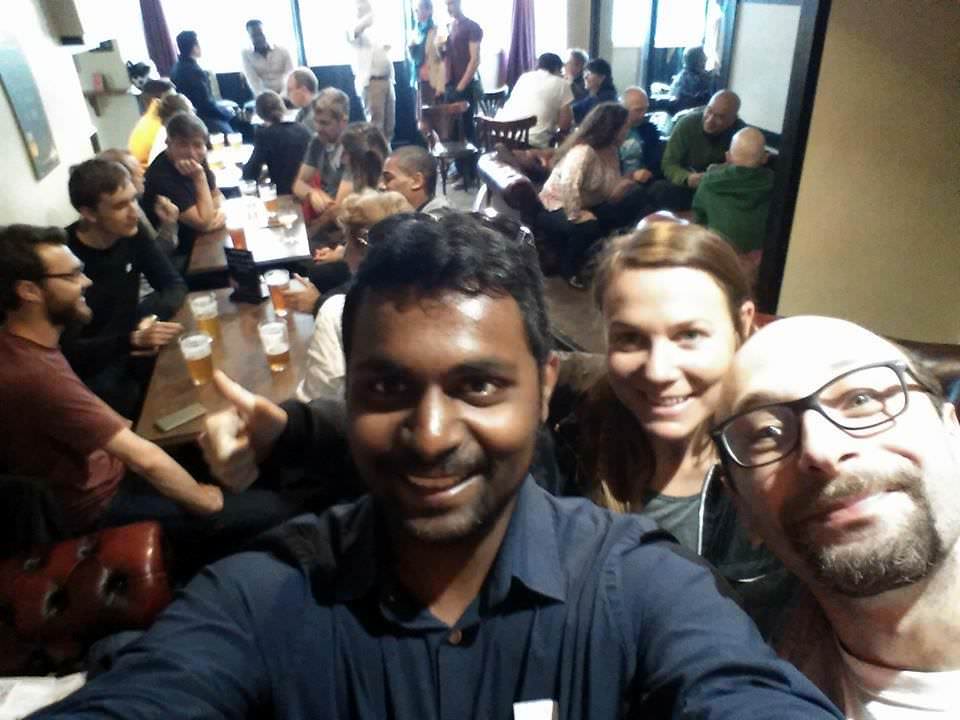 One of the teammates suggested me, for the next time, to create a local network, with the website on my computer. No need of Internet!